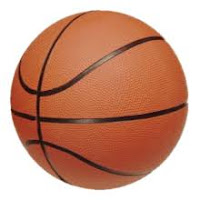 In honor of Pi Day the formula for the volume of a sphere is:


OK, now that that's out of the way, what's more timely than a post about pi this week, but of course a post bout ‘March Madness’! — ‘cuz there are a lot more basketball enthusiasts around than math enthusiasts!… And shortly, illegal gamblers ;)) all over the country will, with wild abandon, be filling out their bets/brackets for the upcoming NCAA tournament.
Mathematically, there are 263 ways to complete a 64-team bracket form, but of course realistically that means little -- there are far fewer ‘realistic’ ways that one with knowledge of the sport would ever fill out their forms (but still a very large number indeed, i.e. billions).

Basketball fan, occasional investor Warren Buffett publicly offered a billion-dollar prize (yup, you read that right) through his Berkshire Hathaway group for a perfect bracket back in 2014. He’s altered the offer since then (now guaranteeing some prize money is given away, but restricting entrants), but the odds remain firmly in his (risk-averse) favor; heck, most bracketologists are out of the running for a perfect sheet after the first round (as some note, the bigger fear/danger is not of someone ever scoring a perfect bracket finish, but someone motivated by huge pay-offs hacking the whole, well-secured system).
Anyway, news of Buffett's 2014 offer:
https://sinews.siam.org/Details-Page/perfect-billion-dollar-madness
…and his 2019 contest:
https://www.forbes.com/sites/kurtbadenhausen/2019/03/14/2019-march-madness-bracket-contest-prize-1-million-a-year-for-life-from-warren-buffett/#74ff55546755

Every year I try a slightly different method for making my own picks. This year I’m choosing an insightful combination of astrology, homeopathy, and phrenology. Wish me luck.

Finally, here's Davidson's Tim Chartier, from last year, explaining some of the conclusions from his long-time mathematical study of the tournament: