The Problem of Induction


For Sunday reflection today, a passage from physicist David Deutsch touching on science and philosophy, from his "The Fabric of Reality":
(I've added emphasis)


"In fundamental areas of science, observations of ever smaller, more subtle effects are driving us to ever more momentous conclusions about the nature of reality. Yet these conclusions cannot be deduced by pure logic from the observations. So what makes them compelling? This is the 'problem of induction'. According to inductivism, scientific theories are discovered by extrapolating the results of observations, and justified when corroborating observations are obtained. In fact, inductive reasoning is invalid, and it is impossible to extrapolate observations unless one already has an explanatory framework for them.  But the refutation of inductivism, and also the real solution of the problem of induction, depends on recognizing that science is a process not of deriving predictions from observations, but for finding explanations. We seek explanations when we encounter a problem with existing ones. We then embark on a problem-solving process. New explanatory theories begin as unjustified conjectures, which are criticized and compared according to the criteria inherent in the problem. Those that fail to survive this criticism are abandoned. The survivors become the new prevailing theories, some of which are themselves problematic and so lead us to seek even better explanations. The whole process resembles biological evolution." 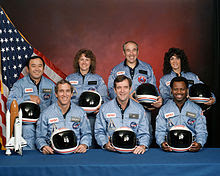 "We will never forget them, nor the last time we saw them, this morning, as they prepared for their journey and waved goodbye and 'slipped the surly bonds of Earth' to 'touch the face of God.'"


Another non-math post today, in tribute to the seven astronauts (including famously, America's first teacher-in-space) who perished when the Challenger Space Shuttle exploded shortly after lift-off 30 years ago today -- a moment burned into the memory of most who experienced it.

Below, John Denver's tribute to them (Denver, a lover of flight, would die in his own plane crash in 1997).
And below that, some doggerel tribute that I wrote back at the time.


10 Miles High (to the Challenger Seven)

And tears enough
To flood a dam
Burst across
This bereaved land
As we unite
To share the pain
That has been dealt
Our way again...
From 10 miles high.

With disbelief
We shake our heads
In heartfelt grief
We hug the kids
Absorb their hurt
Qualm their fears
Help them help us
Through the tears...
From 10 miles high.

Time will pass
So too our sorrow
Always there is
A tomorrow
But not for seven
Bright and brave
Unknowing heroes
We lost today
Somewhere... 10 miles high.

Posted by "Shecky Riemann" at 7:02 AM No comments:

As If My Math Bookshelf Isn't Crowded Enough Already


Ben Orlin is a very avid reader... to which I say, "Boomshakalaka!":


A Sunday reflection from Mircea Pitici today -- which I've also included in my review of his latest book, new today at MathTango:

On the Verge of Primaries 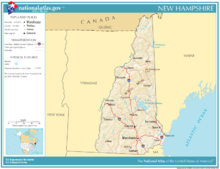 No math, just political-ramble today... what-the-hey... realized it was over 7 months ago (time flies when you're having fun) that I posted a political entry here predicting that the only Republicans running (I think ~17 at the time!) with a shot at the nomination, were Ted Cruz and Rand Paul (and Paul Ryan if he entered the race).
Within a couple weeks, Rand Paul's performance in two debates persuaded me that his chances were much lower, and that the main other possibility to Cruz would be Kasich, squeaking through if the right-wingers all ate each other up during the primaries (and they are doing a lot of chomping).

Now, over 7 months later and on the verge of the first tests, not all that much has changed, EXCEPT that I now doubt any Republican can go to the convention with enough delegates... and after multiple ballots, suspect Party powers-that-be may turn to someone not currently even in-the-running as the standard-bearer (who I won't predict).
It's all a car-wreck waiting to happen. POW!, BAAAM!, WHAM!, ZAP!, CRASH!!! And the Republican National Committee, which can (and if necessary, will) de-rail Trump whenever they wish, look powerless to stop it. Or, so it seems to me. Let the games commence.
(Who that Republican standard-bearer will face in the general, I don't know, though I suspect Hillary.) 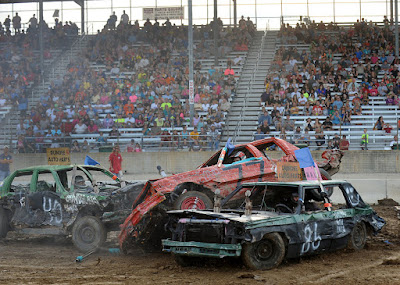 
1)  All aboard the number line... I shouldn't even bother linking to this posting of Ben Orlin's from yesterday... because ALL OF YOU SHOULD BE FOLLOWING HIM REGULARLY ON YOUR OWN by now! (if you're not, get with the program... so I can quit shouting).
Great stuff from Ben, taking us on a journey to-and-fro the number line:

2)  When someone on Twitter asked Keith Devlin about "KIC 5520878 and the golden ratio," he responded, "That one is intriguing. Most GR claims are nonsense. But I'm keeping an open mind on this one, b/c of cont fraction rep of GR."

So I had to look that one up to get the backstory. And here it is from Natalie Wolchover:


Everyone probably knows Jordan Ellenberg's fabulous bestseller from a few years back, "How Not To Be Wrong." A few days ago at "Mathematical Enchantments" Jim Propp put up one of the odder math posts I've seen in quite awhile (and a bit longish, but nonetheless entertaining) entitled (taking off from Jordan), "How To Be Wrong." It has to do with the benefit of teachers, for the sake of teaching, making mistakes and facing them square-on... and, not being too dogmatic or pompous along the way; what he calls "the art of being wrong":

At one cogent point Propp writes:


"I stress to my students that the earlier you make your mistakes, the better.  Every mistake you make in the classroom, or on your homework, is a mistake you probably won’t make on the exam, where mistakes can really hurt you.  And, carrying this idea further: a mistake you make in college or graduate school is a mistake you’re less likely to make after you graduate, when you’re building bridges or designing cancer treatment protocols. So my answer to the question 'How to be wrong?' is: 'Early and often!'”

By name or initials he brings a number of interesting folks into the post, as well as many interesting ideas/examples. I'm actually surprised there haven't been more responses in the comments section to the post, though maybe it is so odd that folks aren't sure just how to respond to it.
Anyway, check it out, especially if you're a math teacher.

Also, all of this emphasis on "mistakes" reminds me of an older Keith Devlin post on the importance of "failure":
http://mooctalk.org/2013/12/15/maththink-mooc-v4-part-2/

It too, should NOT be missed, nor should the two commencement addresses Dr. Devlin links to at the end (Steve Jobs and J.K. Rowling). Great stuff!


It's a holiday in U.S. today so no math, just a miscellany posting... and total shot-in-the-dark (since I have no clout)!

Awhile back I hinted that I thought Scott Aaronson should be the recipient of a MacArthur Fellowship, and will simply re-assert that thought again today!... in the event that anyone out there who does have clout in the whole process is listening.

While at it, I'll throw out four other names for MacArthur consideration:

But Scott I think ought be a shoe-in!!

Some information on the MacArthur Fellowship selection is here:
https://www.macfound.org/programs/fellows/strategy/


p.s... I don't personally know, nor have any relationship with any of these individuals (just admire some of their work from afar).


As a Sunday reflection, this from the first volume of Greg Ross's Futility Closet:


[Additionally, be sure to check out my interview this morning at MathTango with Dr. Mircea Pitici, editor of "The Best Writing on Mathematics" series.]


Just a few education-related posts, ICYM them, from a Nobel-prizing winning physicist, and three classroom teachers:

4)  May as well end with Ben Orlin explaining, in his inimitable manner, that "solving" is essentially the same as "simplifying":
http://mathwithbaddrawings.com/2016/01/13/simplify/

Posted by "Shecky Riemann" at 6:03 PM No comments:

Email ThisBlogThis!Share to TwitterShare to FacebookShare to Pinterest
Labels: education

...and it's only January 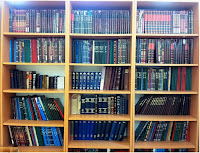 A heads-up on some recent books catching my eye:

At the end of last year "Leonhard Euler: Mathematical Genius in the Enlightenment" by Ronald S. Calinger was released (haven't seen it myself, but how could it not be fascinating):
http://press.princeton.edu/titles/10531.html

The new "The Best Writing on Mathematics 2015"  edited by Mircea Pitici is now available (I hope to speak with Dr. Pitici here soon):
http://press.princeton.edu/titles/10558.html

Also on the way from Princeton University Press is:
"Mathematical Knowledge and the Interplay of Practices"  by José Ferreirós
http://press.princeton.edu/titles/10646.html

And, a more oddball volume... short stories based around mathematics:
"L.A. Math: Romance, Crime, and Mathematics in the City of Angels"  by James D. Stein:
http://press.princeton.edu/titles/10559.html

Finally, as I've mentioned before, Barry Mazur and William Stein will soon be out with what should be a fantastic introductory text, "Prime Numbers and the Riemann Hypothesis":
http://tinyurl.com/zsd29kb

On a side-note I'm currently reading British philosopher Peter Cave's "The Big Think Book" (a combination of 3 of his prior books) and really enjoying it -- a fun introduction (in bite-size chunks) to 99 wonderful philosophical puzzles/paradoxes, including most of the classic mathematical ones:
http://www.amazon.com/The-Big-Think-Book-Philosophy/dp/178074742X

Anyway, a great kickoff to the year in popular math!

Posted by "Shecky Riemann" at 3:56 PM No comments:

"Complex systems are full of interdependencies -- hard to detect -- and nonlinear responses. 'Nonlinear' means that when you double the dose of say, a medication, or when you double the number of employees in a factory, you don't get twice the initial effect, but rather a lot more or a lot less. Two weekends in Philadelphia are not twice as pleasant as a single one -- I've tried. When the response is plotted on a graph, it does not show as a straight line ('linear'), rather as a curve. In such environments, simple causal associations are misplaced; it is hard to see how things work by looking at single parts."

-- Nassim Taleb in "Antifragile"
Posted by "Shecky Riemann" at 7:00 AM No comments:


This is just a self-referential oldie-but-goodie:

Email ThisBlogThis!Share to TwitterShare to FacebookShare to Pinterest
Labels: recursivity

John Horgan took a good whack yesterday at explaining much-heralded Bayes Theorem (includes several good links, and be sure to read the comments section as well):

Posted by "Shecky Riemann" at 7:39 AM No comments:


Today's Sunday reflection, from Emanuel Derman in "My Life As a Quant":


"What I did like above all else at the [AT&T] Labs was the beauty of creating software. Ignorant people called it 'coding,' as though there was something mechanical about it, the mere uncomprehending translation from one set of symbols to another. People who liked it unabashedly called themselves 'programmers.' Whatever you called it, I discovered  that programming was one of the purest activities; it was truly architecture with words. By some strange unanimity of opposites, both my scientist and business-world friends were condescending about programming -- they thought it inferior to doing physics or making money. But I fell in love with it."