Somebody’s Having a Birthday 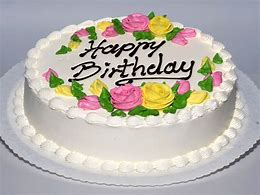 Psssst.... guess who’s having a birthday TOMORROW (Monday)!? Hint: initials: S.S…. NO, NOT Sarah Sanders! ...OK, by some cruel, cosmic coincidence, tomorrow IS Sarah Sanders’ natal day (a day that may live in infamy?), but that is NOT of whom I blog. Rather, Monday is the birthday of great American, mathematician, and non-prevaricating communicator, Steven Strogatz…. (I believe he'll be 39-and-1/2, but I could be slightly off).

…and now that the applause has died down, a few links:

His Wikipedia page:
https://en.wikipedia.org/wiki/Steven_Strogatz
His own “About” page:
http://www.stevenstrogatz.com/about/
An article on him in the Cornell University (where he teaches) newspaper from last year:
http://cornellsun.com/2017/03/29/professor-shares-beauty-of-math-with-students-traumatized-by-subject/

A recent video with him and Grant Sanderson on the Brachistochrone problem:
https://www.youtube.com/watch?v=Cld0p3a43fU

A popular TED Talk he gave almost 15 years ago:
https://www.ted.com/talks/steven_strogatz_on_sync#t-8868

Many more videos with him:
http://www.stevenstrogatz.com/videos/

...including the book I stiiiiiill recommend, more often than any other, to lay people who's interest in math was stifled along the way:
https://math-frolic.blogspot.com/2012/09/joy-to-world-of-math.html


Of course, he's on Twitter here:
https://twitter.com/stevenstrogatz
(...so go ahead and flood him with Birthday tweets, and cards, and gifs, and memes, etc.... but hey, you didn't hear it from me).

...and from his own webpages, perhaps my favorite photo of him... with that irresistible come-hither look! (taking on a Howard Stern persona, with wife's wig, pre-Halloween outing) ;) : 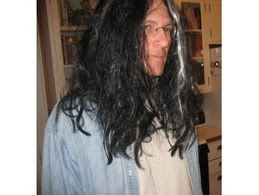 And lastly, this from my good buddy Paul...:

[...and don't stash your streamers & birthday whistles away after Monday, 'cuz Wednesday is Cliff Pickover's birthday, and then toward end of month Marcus du Sautoy celebrates, as do a couple of blokes named Witten and Wolfram.]

A cause to celebrate! Of course I'm partial, but I love this interview in Math Horizons.
A Conversation With Steven Strogatz

Thanks Shecky! You're the best. And is that really true about Sarah Huckabee Sanders? Another SHS born on Aug 13??

Yes, it really is Sarah's birthday... sort of puts the final nail in the coffin of astrology, huh ;)